September 30, 2017
Gangwon is the snowest province in Korea. For about 66 days from November to March, Gangwon has an average of 250cm of snow. The average  temperature is about -4.8°c  throughout the winter, which maintains optimal ski conditions so that skiers can demonstrate their full capacities. Gangwon's eight large scale recreation resorts are most popular among Korean people in winter. Each  resort has great slopes for skiing and snowboarding, unique events, and a variety  of accommodations for everyone's comfort an convenience. 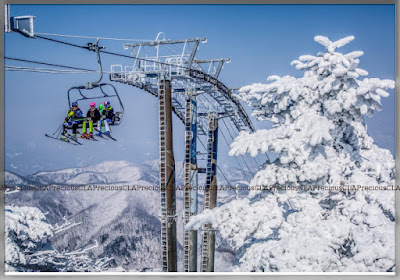 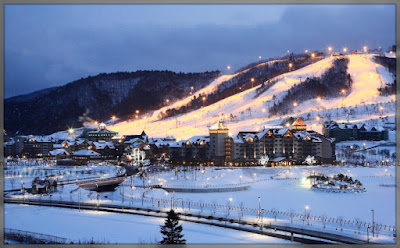 It is an entertainment destinations  centre located at the highland which stands 700m above sea level, the optimum height for the human and biorhythm. It has been designed by Cuningham Group which participated in the development of the world's famous theme parks such as Warner Bros. Movie world and universal studios. Alpensia features many fascinating facilities including main stadium, ecological golf courses and world-class ski slopes and ski jump slopes to host the Winter Olympic Games perfectly.
Elysian Gangchon Skii Resort 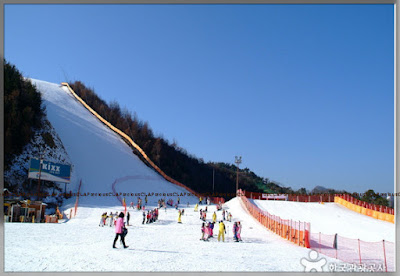 It only takes 40 minutes by train to get to Elysian Gangchon from Seoul. Gangchon guarantees exciting and comfortable skiing with 1,000m for beginners, intermediate skiers, and experts. Enjoy stable and comfortable skiing on valley slopes and exciting  and refreshing skiing on ridgeline slope. Night skiing operates until 2.00 am. A theme park made of 10 theme is another unique  attraction of Gangchon and Gangchon Channel Park is an extreme park that takes anybody, from beginners to pro skiers, to the world of fantastic extremes.
Hansol Oak Valley 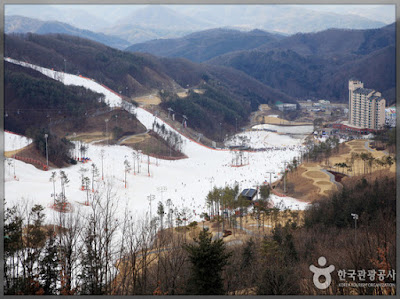 The slopes were designed by world renowned snows Engineering from the U.S and the golf course was designed by Robert Trent Jones, Jr. Enjoy skiing at a European Mediterranean-style resort. 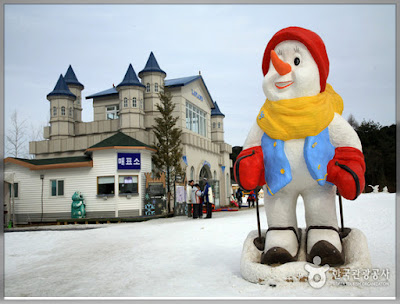 This slopes were designed by Paul Mattews of Canada's EcoSign, one of the world's most well-know designeds who specializes in ski slopes, and has been recognized by the International Ski Federation for its size and safety. As the host of the 2009 snowboard World Championships,  it will be widely introduced as a mecca for snowboarding.

Korea's greatest fun park (Terrain Park) is an eye-catching area that allows both experts and beginners to perform 'techniques'. All slopes are opened to snowboarders; the Half Pipe Park, exclusive for snowboarding, is most popular among snowboarders. 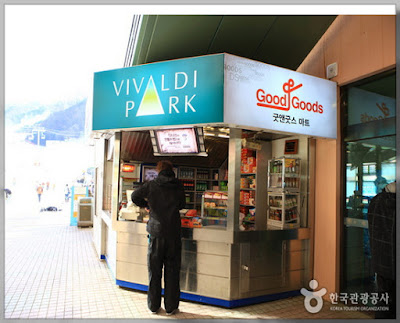 This is a leisure complex  having water themed park, golf club and horse riding club as well.  Along with a good accessability from Seoul area, many visitors continuously  find Daemyung Vivaldi Park. Daemyung Vivaldi Park starts with very new program as Viva K-Food Festival from Winter season of 2015. Uniquely Viva K-Food Festival is a combination of ski training and Korean food experience.

In this festival, you can learn skiing as well as attend Korean food cooking class ! and of course, you will have a chance to try the street food styled snack as Tteokbokki and others also. 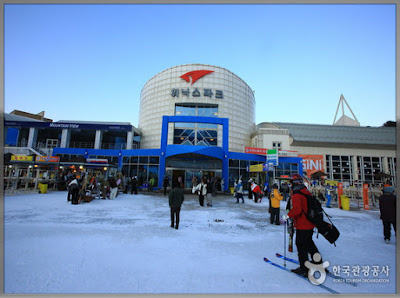 Bokwang Phoenix Park proudly presents the natural valley slope of 1,050m-tall Mt. Taegi with outstanding snow conditions. It's the best ski resort in korea with 12 world-class slopes, 8 ski chairlifts, 6 sun-kid lifts and a modern gondola made bu Doppelmire. Each of the 21 courses has unique designs, looking out to the 500m-wide panoramic ski base, and guarantees dynamic and exciting speed. Various attractions in the Terrain Park include the extreme park for beginners and a mini half pipe and jumping deck for snowboarders. Night skiing  5.00 AM. 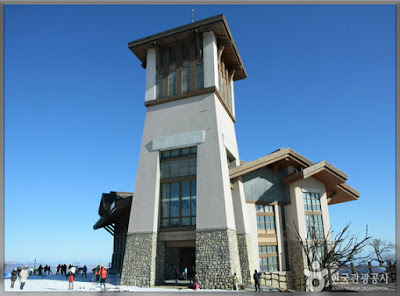 Yongpyong Resort is Asia's second ski resort to be certified by the International Ski federation. It is succesfully held the World Cup Ski Competition in 1998 and 2000 and the 1999 Winter Asian games and has been   very popular among skiers from Europe and other parts of Asia. Twenty-seven slopes, including the Rainbow Slopes, and an average of 250cm of snow every Winter makes Yongpyong the best ski resort in the world.

Yongpyong resort with Korea's first Terrain Park and Korea's widest slope at 180cm is the pride of the region. It is planning to develop up to 48 slopes and 24 lifts to become an even larger ski resort. 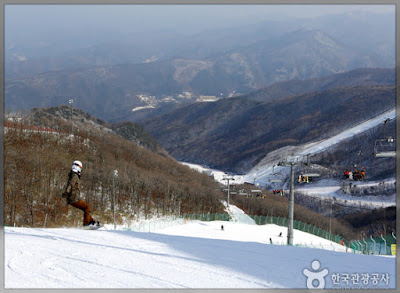 Wow. I want to visit Gangwon too. It looks divine

Nice photo taken. I wish that I could join you too .

Woah! Those ski resorts are really something, not for me though since I'm afraid of heights hehe :)

I have never been to places like this that is covered in snow...but probably I should one day soon

This looks like a good place to go snowboarding. It's been a few years, but I bet I can remember!

I snow scene is so beautiful, wish to visit the place one day :)

This is so cool!

OMG! This looks super duper amazing! I wish I can visit here myself one day!

love the scenery.. clean and white and fresh... would love to spend a winter there to enjoy the experience

I would live to visit Korea during winter time too!! Haven't see snow in real life before =)

I pay a visit day-to-day some web sites and sites to read articles or reviews, except this website offers quality based posts.